How to win using The Discovered Attack

Discovered Attack  is an important  tactic in Chess. You can use this weapon to get material advantage and eventually win the game. . 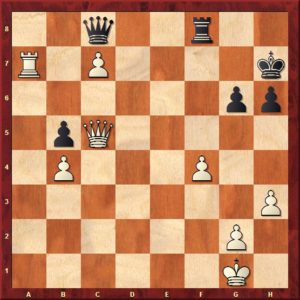 WHITE TO PLAY AND WIN

White has a passed pawn on the seventh rank ready to be promoted to Queen. However the Black Queen is blockading the way of the pawn. White sacrifices his Queen to unleash a discovered check and get material advantage. White plays 1. Qxf8! Qxf8 2. c8-Q Kg8 3. Qxf8 Kxf8 and White is a Rook up.

Puzzle of the Week! 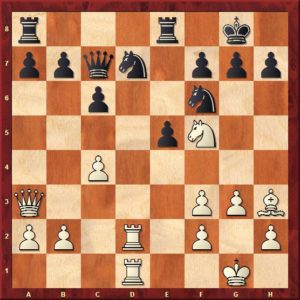 A place where your child makes the first move! Established by Manthan Chokshi , International Chess player having experience of over 25 years. The school offers group coaching , private coaching, online coaching and has trained many State and National level Champions! We are actively working in reputed schools teaching Chess since 2003. We offer a fun filled experience for your child along with a sound foundation for your child to evolve as a serious Chess player.

An amazing Knight endgame puzzle . White to play and win. Can you find out the key move which is the sacrifice of the knight . Which square would you select to sacrifice the knight. Find out in the video.