How to win using The Skewer

Skewer  is an important  tactic in Chess. You can use this weapon to get material advantage and eventually win the game. .

WHITE TO PLAY AND WIN 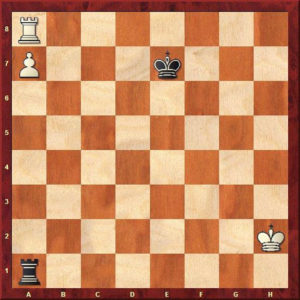 White has a passed pawn on the seventh rank ready to be promoted to Queen. However if he moves the Rook , Black will capture the pawn. White uses Skewer to get material advantage. White plays 1. Rh8! Now Black has to capture the a7 pawn or else allow pawn promotion.   1….Rxa7 2. Rh7+ (Skewer). Any move by Black king and White wins the Black Rook.

WHITE TO PLAY AND WIN ( Hint : Material Advantage by SKEWER!) 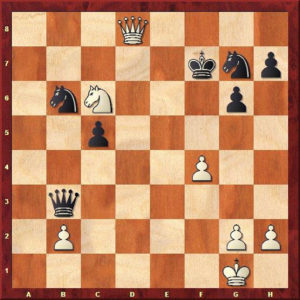 A place where your child makes the first move! Established by Manthan Chokshi , International Chess player having experience of over 25 years. The school offers group coaching , private coaching, online coaching and has trained many State and National level Champions! We are actively working in reputed schools teaching Chess since 2003. We offer a fun filled experience for your child along with a sound foundation for your child to evolve as a serious Chess player.

Interception – a useful tactic to apply when you are attacking